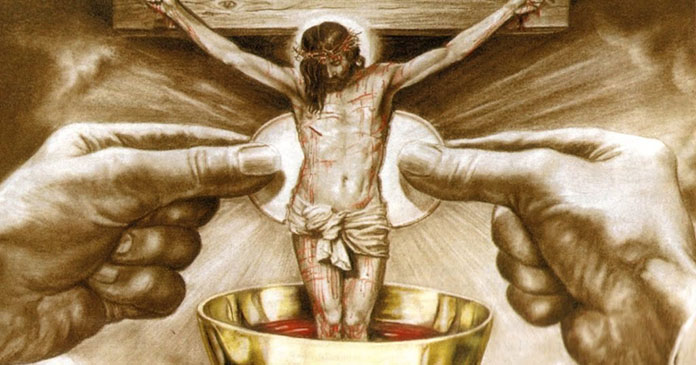 At their spring plenary assembly June 16-18 the U.S. bishops directed the Bishop’s Committee on Doctrine to draft a teaching document on the Eucharist. The call for a clear teaching on worthy reception of holy communion was prompted by the fact that President Biden and House Speaker Nancy Pelosi, two of the most prominent Catholics in the U.S., notoriously advocate policies that directly contradict the Church’s moral teachings. It was hoped by some that the bishops would address this scandalous situation by issuing a statement that would effectively deny communion to such politicians. Such action by the bishops is highly unlikely. The sex-abuse scandals and the bishops’ ineffectual response to it has stripped them of whatever moral authority they might have had and made them, as a group, morally impotent. The bishops decided that the document is not be in any way disciplinary in nature, but will instead stress the “importance of nurturing an ever deeper understanding of the beauty and mystery of the Eucharist.”

It will be interesting to see what the bishops come up with. Their goal is a noble one to be sure, but unless the gracious words and high-sounding theology of the document is accompanied by practical recommendations, the likelihood that a new teaching document on the Eucharist will make any difference in either the liturgical life of the average parish church, or the moral life of ordinary Catholics, is virtually non-existent. If the goal is to instill a sense of “responsibility of every Catholic, including bishops, to live in accordance with the truth, goodness and beauty of the Eucharist” theology alone won’t cut it. Allow me to propose four practical things an ordinary parish can do to elevate the dignity of this sacrament and its relevance in the lives of the faithful. I’ll propose them because you can be sure the bishops won’t.

1. Establish a dress code. No more shorts, tank tops and flip-flops. As the Catechism says, “Bodily demeanor (gestures, clothing) ought to convey the respect, solemnity and joy of this moment when Christ becomes our guest.” If we really believe in doctrine of the Real Presence, we should dress accordingly.

2. Sing the Mass. Starting with the priest; the priest needs to sing his parts of the Mass including the preface. The choir, schola or cantor should sing the Propers: the entrance, offertory and communion chants. Everyone should sing the Ordinary of the Mass. Other hymns may be added, but they should focus on God and especially the Eucharist (not the assembly). Eliminate Protestant songs from your repertoire. Choose only traditional Catholic hymns that reinforce a Catholic world-view.

3. Celebrate ad orientem. The traditional direction for liturgical prayer is ad orientem: “facing east.” If you really want to instill a sense of reverence for the Eucharist, then the priest and people should face the Lord, especially during the Eucharistic prayer.

4. Install altar rails so that the people can kneel to receive the Eucharist.

I don’t deny that these suggestions might be controversial, but they shouldn’t be. After all, what I’m suggesting is nothing new; it’s simply the way Catholics have always celebrated the Mass; always, that is, until the last few decades when respect for the Eucharist began to deteriorate. If you want to reverse the degradation of the Mass, you might want to consider implementing one or more of these proposals. In charity of course! Always in charity.