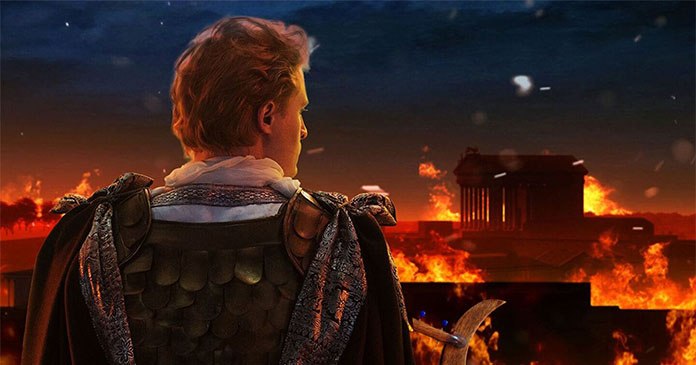 Referring to fiddling as a frivolous activity is an insult to fiddlers—or to any musician. After all, no one complained as the band on the Titanic played to the very end as the ship sank. We will never know how much the band calmed or encouraged or comforted the frightened passengers as some went to lifeboats, and others to their deaths. And they played, offering their own lives for others, rather than rushing for the lifeboats. For the musicians, this was likely their finest hour. Far from doing something frivolous, they were heroes.

The reason they could become heroes is that to play music was their job. If the captain, on the other hand had joined the band, rather than do everything he could to save as many people as possible, he would have been remiss, and labeled a villain, like Nero.

The problem with proverbial, fiddling while Rome burns, is that the person fiddling isn’t really a fiddler. That’s not his job. It’s not that he’s doing something unimportant; it’s that he’s not doing what he’s supposed to be doing, and he’s likely butting in where he doesn’t belong. He’s wasting time doing something that has nothing to do with his job. As he fiddles, he’s taking neither his job, nor the making of music, seriously. In addition, he’s doing harm, not only as he neglects his real job, but also as he ruins the music he plays.

While Newsom puts free tampons in boys’ bathrooms and mandates gender-neutral toy aisles in large stores, the California economy goes to hell—people who can support the state are leaving in droves. While Pope Francis is busy trying to save the environment and hosting Nancy Pelosi—unborn babies are dying by the millions, corruption and filth are rotting the Church, and the people are losing their faith. We can argue about what’s important, but both Gov. Newsom and Pope Francis are neglecting their jobs while they fiddle and dabble in other areas. It’s almost as if the two are delighting over the destruction in their wakes.

Let the real fiddlers play, calm, encourage and comfort us. Bring them in and let the rest of us go back to our real vocations.