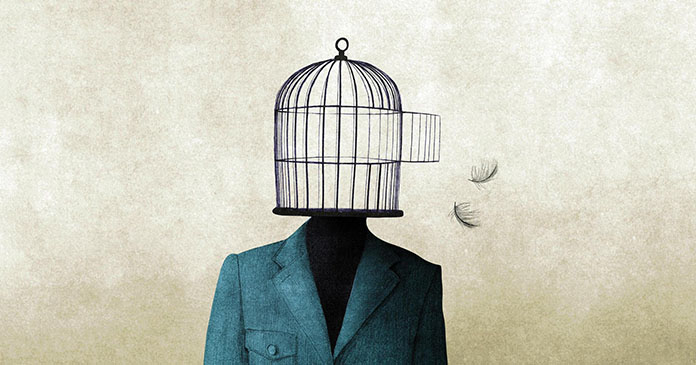 California freeways are a handy metaphor for worrisome situations and difficult choices: traffic-choked, pockmarked with potholes, and lined with litter. Exit ramps shoot off in all directions. Take a wrong turn, and you might end up practically anywhere. Serene vineyards. Cool, foggy beaches. Speeding for your life through towering walls of flame.

Exit ramps aren’t just for freeway drivers. People also seek exits from Decline-istan: organizations, schools, companies, regions, even churches. It’s a truism that people vote with their feet, not to mention their wallets.

Back in 1970, Albert O. Hirschman penned a classic of organizational behavior and political science: Exit, Voice, and Loyalty: Responses to Decline in Firms, Organizations, and States. The Covid-19 pandemic has hit the Catholic Church hard, at the exact time when the Church was weakened from internal rot and external pressure. Hirschman’s analysis provides a telescope to help us look ahead to possible outcomes.

Faced with an organization in decline, insiders have three options: exit, voice, or loyalty. The three interact in interesting ways. The path chosen by management shapes how insiders will respond.

Exit means that insiders figure out where the grass is greener and abandon Decline-istan. A new job in a more profitable company. A new home in a state with lower taxes and better freeways. A church with a deeper commitment to holiness. If there are plenty of appealing substitutes, exit is an easy choice for many insiders. The easier the exit, and the more insulated the management, the less voice will be used. Why bother complaining? Just get out.

Voice means that loyal insiders realize that problems have accumulated to a worrisome level. They complain to management. My child’s school teaches Critical Race Theory instead of math. My neighborhood park is overrun with crime and homeless drug addicts. If management listens and voice is respected, management works to achieve turnaround. Problems are corrected. Insiders are delighted with the positive results and loyalty and engagement are even stronger than before.

Loyalty can be viewed as a cost-benefit analysis on whether to choose exit or voice. If there’s strong patriotism, school spirit, or religious devotion, dedicated insiders will try voice first. Insiders who don’t feel much emotional attachment will exit straightaway. The organization can least afford to lose loyalists who want to help with necessary reforms. What happens when the decadent organization ignores voice, or hides evidence of failure, or persecutes the truth-tellers?

Code orange. When voice is ignored, the first to exit are the most energetic, capable, and quality-conscious former loyalists. Public school academic and behavioral standards hit the skids. The PTA moms are the first to pull their kids out and join homeschool networks. Stuffy old Octopus Industries loses market share and profits go down the gurgler. The most brilliant engineers leave first and revolutionize the widget industry elsewhere with their newer new thing. Decadent organizations then grease the skids to get rid of remaining truth-tellers. Good riddance to these gadflies.

Code red. The decadent organization not only continues to ignore voice, but also attempts to block exits with its remaining political and market clout. Loyalists lose even more confidence and begin to consider exit.

To shutter the competition by force is to admit that you can’t compete on merit. The teacher’s union bribes politicians to prohibit school vouchers. Big Pharma wrangles government health bureaucracies and prohibits effective cheap pills while mandating iffy expensive ones. Pope Francis kicks the TLM out of parish churches.

No matter how incompetent the management, a few loyalists remain. Some have just enough lingering loyalty to hang on no matter what, even if it means going down with the ship. Others have personal situations that prevent exit. Inertia, cynicism, and fear of change may contribute to staying put as well.

Whatever the reason, the bitter-enders mostly give up on voice. Management will never change. Instead, the path of least resistance is passive-aggressive marginal participation. The City Council voted to defund the police. Cops who need to hold on until their pensions vest drive around in patrol cars but won’t make arrests. Catholics show up on Christmas and Easter, put $5.00 in the collection basket, and ignore the Church for the rest of the year.

Where does this leave us? To achieve turnaround, an organization in decline needs to:

Dioceses and parishes aren’t all the same. Some are struggling for turnaround; others are drifting toward the rocks. How’s it going in your location? Is your voice being heard? Is your loyalty strong and getting stronger? Or is your loyalty stretched to the breaking point? Are you looking for an exit ramp? May God help us to persevere.