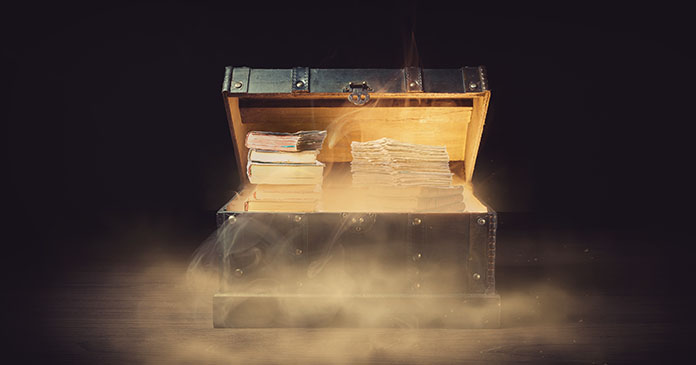 I saw a funny meme online the other day: “If you get something you don’t like for Christmas, just say, ‘Oh, I’ll treasure this forever,’ and then be like a pirate and bury it somewhere.”

I then recalled how the Church, in the documents of Vatican II, called its musical tradition a “treasure of inestimable value, greater even than that of any other art.” The documents also said that Gregorian chant should have “pride of place in liturgical services.” (Sacrosanctum Concilium Chapter VI, 112 and 1116)

I guess the Church didn’t really value this treasure, despite these words. Where is the musical tradition? Where is the Gregorian chant? The Church received these gifts, said she would treasure them, and then let pirates bury them.

But the people who love the Extraordinary Form of the Mass did keep them and did treasure them.

My Christmas wish is that the restrictions so recently imposed by Rome will have a happy, and perhaps unintended result: that those left without a traditional Latin Mass will now return and pollinate the Ordinary Form with reverence and beauty. I hope they will demand back the musical treasures that are our heritage, the ones we were promised in Vatican II.

We are Church. In unity with both forms of the Mass and with the documents of Vatican II, we want our treasure back. Ask your pastor for it. Demand it. Learn it, sing it, teach it, and pray it. Sing it outside of Mass, if necessary. Sing Compline, Vespers, and learn the Mass parts, even if just among friends in your homes.

Dig up this treasure, dust it off, and let it shine until it is put back in its proper place in the liturgy.